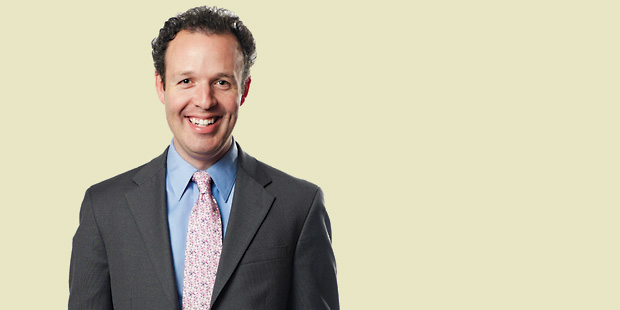 It is not enough for Joshua Blank (LL.M. ’07) to teach courses, write thoughtful scholarship, and, as faculty director of the graduate tax program, administer a program for 400 full-time, part-time, and online students. He also runs four miles round-trip every day at lunch between Washington Square and Battery Park City, where he drinks in the view of the Statue of Liberty. Clearly, Blank, who joined NYU Law in January, thrives on successful multitasking. “Josh is an excellent administrator, teacher, and scholar—really good at all three,” says Deborah Schenk (LL.M. ’76), Ronald and Marilynn Grossman Professor of Taxation and former faculty director of the program.

Blank, 33, attributes his remarkable capacity to having found his purpose and passion. “This is my dream job,” he said. “I view NYU as the center of the tax universe.”

He began identifying his dream as an associate at Wachtell, Lipton, Rosen & Katz, when he realized that he most enjoyed his work when he was acting as a teacher, explaining tax policy to his colleagues and clients. Despite the firm’s famously grueling hours, he was able to publish two academic papers and also earn an LL.M. “I had to slay dragons,” he said, to leave his office once a week at 5:45 p.m., but he found the pull irresistible. “It was a way to think about policy, not just the client of the day.”

Blank has a special appreciation for NYU’s Graduate Tax Program, which offered him flexibility when he needed it most. “When my son, Ariel, was born I just could not make it to NYU for every class and juggle my work responsibilities,” he recalls. So he participated in the pilot program of the online Executive LL.M. in Taxation in 2005. Rocking his newborn in his arms and viewing video of lectures online, he remembers being grateful that he wasn’t “forced to pause progress toward the degree.”

Now a sympathetic administrator, Blank has expanded the online course offerings and thoughtfully improved details, like replacing chalkboards that can be difficult for students to read online with “smart tablets” that digitally copy professors’ notations. He also encourages professors to use online discussion boards when answering student questions so that more students can participate. The investment in time, money, and effort is worth it, says Blank. “The Executive LL.M. program is the way a lot of legal education will be.”

As a professor, Blank displays a similar attention to detail, bringing tax studies alive in the classroom by doing things like playing the Willie Nelson song “Who’ll Buy My Memories?” before launching into a review of civil tax penalty rules that are all related to Nelson’s problems with the IRS. “Colorful examples are essential to my teaching style,” says Blank. Sima Gandhi ’07 (LL.M. ’09), now an analyst at the Center for American Progress, agrees. “It would have been just as easy to lay out the rules—one, two, three,” she says. But “he was passionate and engaged me.” She credits Blank with helping her choose a taxpolicy career.

Blank’s scholarship focuses on tax administration and compliance, taxpayer privacy, and taxation of business entities. In his 2009 article “What’s Wrong with Shaming Corporate Tax Abuse,” published in the Tax Law Review, he probed public attitudes toward corporate taxation to conclude that publicizing corporate tax cheating might backfire and hurt compliance. Shaming individuals has been highly successful, partly because the public views individual tax laws as relatively clear. Because corporate taxation is more complicated, people see corporations as participating in a legitimate “game” to lower their taxes. In fact, investors might reward a tax director who was seen as “pushing the envelope.”

But for Blank, who lives in northern New Jersey with his wife, Jessica Blumenfeld, 33, his son, Ariel, now 4, and daughter, Kira, 2, there appear to be few limits in sight as he thrives on being an extraordinary teacher, administrator, scholar, and family man.