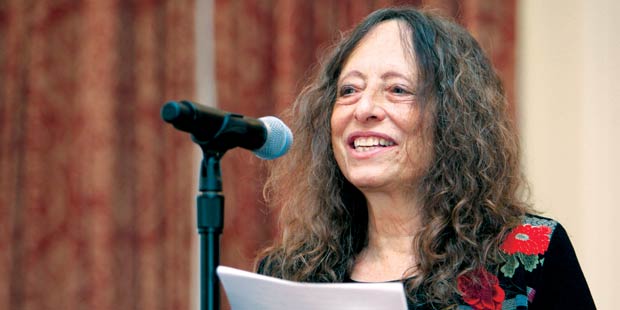 A new center at the Law School helps illuminate a complicated and controversial area of the law while allowing more room for the viewpoints of women.

Launched last October, NYU Law’s Carr Center for Reproductive Justice aims to bring greater attention and resources to an area of the law that had been marginalized, perhaps because of its multidisciplinary complexity. The motivating force Beth Nash, an investment professional recently pursuing legal interests, teamed up with the Law School to make the center happen.

Professor Sarah Burns, faculty director of the Carr Center, is a longtime civil rights scholar and practitioner. She also teaches the new Reproductive Justice Clinic, whose students work with the cen­ter. “Reproductive justice requires a willingness to address the social, economic, and political conditions that make it impossible for so many people to attain reproductive health and exercise individual reproductive rights,” says Burns. “The direct assault on fundamental rights most often occurs at the intersections of race, socioeconomic status, and gender. As a result, we will have close engagement with the diverse communities directly affected as we strengthen and ultimately go beyond prevailing strategies to build a body of law that ensures reproductive justice for all.”

Both center and clinic have already collaborated with the ACLU Reproductive Freedom Proj­ect, the Center for Reproductive Rights, and National Advocates for Pregnant Women to help shape pol­icy on projects relating to reproductive health care policy, medical ethics, family law, and criminal law and procedure in a frame of federal and state constitutional law.

In April, the Carr Center’s first annual conference featured discussion of topics such as women’s rights regarding health care, women of color and reproductive justice, and the relation of reproductive rights to constitutional personhood. “I’m thrilled that the Carr Center will allow a group of faculty, students, and fellows to give intense focus to this develop­ing area of the law,” says Dean Trevor Morrison, “and I look forward to following their work.”

In her keynote address at the Carr Center’s inaugural conference, University Professor Carol Gilligan, a member of the center’s advisory board, examined the longstanding absence of many women’s voices in the reproductive justice debate:

I am suggesting that the inattention to ‘woman’ in her rich diversity and the dismissal of her experiences as inconsequential to reproductive rights law are not simply an oversight or an instance of misogyny. They are vital to maintaining a view of the world that denies interdependence. Because women live intimately with men, whether as mothers or sisters or daughters or lovers, women’s silence is also essential to preserving an image of manhood that hides vulnerability. The pregnancy dilemma was revealing precisely because it illuminated interde­pendence and vulnerability—and this, I suspect, is what we don’t want to talk about.

I don’t think it’s possible to achieve reproductive justice or to hear the voices of women without changing the terms of the public conversation. I am not a legal scholar, but to bring the humanity and humane experiences that women centrally represent in our struggles over reproduction and its regulation into the law means creating a framework in which concerns about responsibility and relationships and a recognition of what caring entails can be heard as germane to reproductive rights and freedom.

Gender is at the heart of our battles over reproductive rights, and it is my impression that gender remains a difficult subject for us to talk about. More difficult now, perhaps, given that the advances of the past half-century have brought the contradictions between patriarchy and democracy out into the open. I suspect that when we fight over regulating reproduction, this is what we are really fighting about.