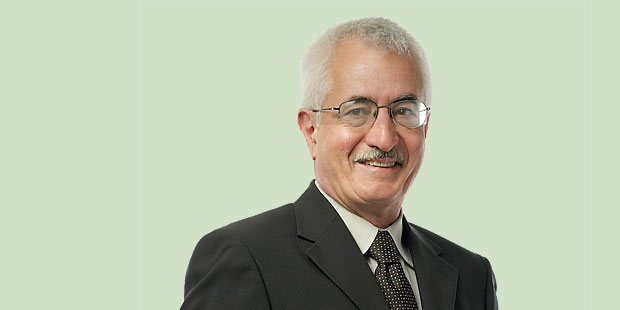 John Ferejohn can lecture on porkbarrel politics in the afternoon and whip up a dish of pork bellies with scallops that evening. A true Renaissance man who plays jazz saxophone, runs marathons, collects wines, travels extensively and experiment with molecular gastronomy—an avantgarde cuisine that uses chemical powders to create new textures such as liquid ravioli—Ferejohn has academic interests that also span a number of disciplines.

At Stanford University, his home since 1983, Ferejohn, Carolyn S. G. Munro Professor of Political Science, has chaired the department and taught in the philosophy department and the Graduate School of Business. Currently, he is a fellow at the Hoover Institution. A non-lawyer, he nonetheless has been teaching one semester at the NYU School of Law since 1993, and will join the faculty full-time in 2009. “He does everything,” says Lewis Kornhauser, Alfred B. Engelberg Professor of Law, with whom he coteaches the Colloquium on Law, Economics and Politics. “He has great curiosity, a penetrating mind, and can talk about anything that goes on in the Law School.”

Ferejohn is known for his work on voters and the responsiveness of their elected officials. He is also credited with being one of the founders of positive political thinking (PPT), a methodology that uses mathematical models, economics and game theory to analyze the workings of political institutions. “John is the great positive political theorist of his generation,” says Kenneth Shepsle, George D. Markham Professor of Government at Harvard University. “When he was starting out in the early 1970s, PPT was extremely novel. It was through a lot of John’s work that it became much more mainstream.”

Ferejohn was born on an Army base in Deming, New Mexico. His father, George, a high school dropout who once worked as a janitor at Columbia University, became a bombardier instructor in the U.S. Army Air Corps, then went on to attend Cornell University and Harvard Medical School. He died tragically in his sleep at age 33 when Ferejohn was just seven years old. His mother, Olga Collazo, married physicist Robert Bjork and moved the family to Santa Monica.

At age 12, Ferejohn started playing the clarinet, saxophone and flute. Within a few years, he was playing at jazz clubs, intending to be a jazz musician. He married his high-school sweetheart, Sally, now a retired elementary school teacher, and worked his way through San Fernando State College doing payroll accounting for an aerospace company. Realizing soon enough that playing the sax wouldn’t pay the bills, he focused on his schoolwork and was accepted at Stanford University.

During his first year at Stanford in 1968, he “discovered that it was possible to use deductive thinking to see how politicians do things. I got interested in exploring the elegant and simple idea that complex political institutions had a simple underlying logic.” He loaded up on mathematics and economics courses, and in 1972, he earned his Ph.D. in political science. In 1974, he published his first of five books, Pork Barrel Politics: Rivers and Harbors Legislation, 1947-1968 (Stanford University Press).

Both Pork Barrel Politics and his second book, The Personal Vote: Constituency Service and Electoral Independence (Harvard University Press, 1987), which he coauthored with Bruce Cain of the University of California, Berkeley and Morris Fiorina of Stanford, use PPT and game theory strategies, as well as statistical modeling, to look at issues such as how politicians build support and, conversely, how constituents control politicians. “The logic of majority rule says don’t be too hard to please,” or you’ll be left out of the majority, Ferejohn says. “You better find a way to prevent politicians from playing you off against others. So essentially, to control a politician, you need to come to some sort of agreement with other voters on a single evaluative criterion, such as the liberal or conservative dimension, and then not set so high a standard that the politician will simply ignore it.”

Currently, he’s coauthoring a book tentatively called Super Statutes, which challenges the belief that the fundamental rights enjoyed by Americans are protected by the Constitution. “Instead of doing constitutional law from the top down, we want to look at the real rights we have and rely on day to day, from the bottom up,” he says. Written with William Eskridge Jr., John A. Garver Professor of Jurisprudence at Yale Law School, and expanded from an earlier article, the book is due to be published by Yale University Press in 2009.

Just as he improvises jazz compositions, Ferejohn enjoys taking an “eclectic” approach to academics. In addition to using techniques of PPT, he looks forward to collaborating with NYU legal philosophers Thomas Nagel and Liam Murphy, among others. “Part of law—constitutional law in particular—is really an applied area of political and moral philosophy. And NYU is really strong in these areas,” says Ferejohn, who has taught political philosophy at both California Institute of Technology and Stanford. “The nice thing about applied as opposed to theoretical approaches to these topics is that one can see the conflicts in sharper relief, and political scientists have a congenital love for conflict.”

Joining NYU full-time will allow him to focus more on the philosophical approach to law. Plus, Ferejohn, who has three children and three grandchildren, will be able to explore Manhattan’s exciting music scene—and its mouthwatering culinary offerings. He also looks forward to performing in some of the downtown jazz clubs he’s played in the past. And who knows? He may even twist foie gras ribbons into bow ties in the kitchen of the city’s molecular-cooking mecca, wd~50.