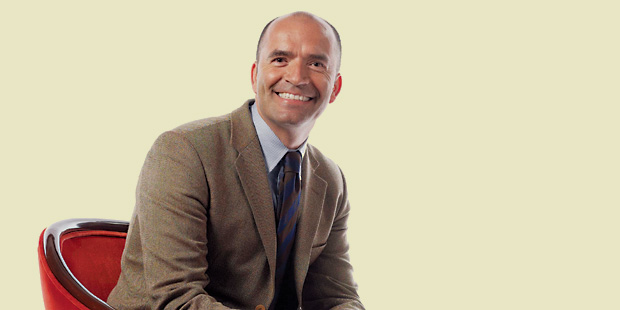 Imagine the ancient cities of Italy and their bustling piazzas, the central squares from which all neighborhood activity radiates. Franco Ferrari is much like one of those piazzas—a magnet that draws people to socialize and debate. A gregarious Italian who was born and raised in Germany, Ferrari thrives on joining people and ideas. At least two couples are together thanks to his matchmaking. And a digest of cases worldwide concerning international sales law—all translated into the U.N.’s six official languages—exists because of him.

These skills have other professional applications, too. “He’s a conference organizer at the highest level,” says NYU colleague Clayton Gillette. Last March at the University of Verona, where he has taught as a tenured full professor since 2002, Ferrari hosted the inaugural conference of the NYU School of Law’s new Center for Transnational Litigation and Commercial Law. “Typically, conferences are rather stuffy and formal. But this was a symposium in the true sense of the word,” says Leonardo Graffi, a transactional lawyer at Freshfields Bruckhaus Deringer in Rome and a former student of Ferrari’s. “People were firing questions from the audience; everyone was genuinely engaged.” Heated discussions spilled over from the formal presentations into informal gatherings at the finest restaurants, chosen by Ferrari. “I’m a very enthusiastic person, whether it’s about colleagues, cities, movies, books, or food,” says Ferrari, 44, who speaks and writes in German, Italian, English, French, and Spanish, and speaks Dutch.

Joining the full-time faculty this September, Ferrari will teach International Business Transactions and direct the new center. He complements NYU Law’s concentration in public international law with an expertise in private international law and substantive commercial law in the international area. “Those of us who engage in comparative work now have a deeply knowledgeable person in Franco, who will enrich our own work,” says Linda Silberman, Martin Lipton Professor of Law.

Ferrari has published nine books and some 150 articles, many translated into multiple languages. He is best known for his work on the unification of law, particularly international sales law. He was instrumental to the development of the 2004 UNCITRAL Digest of Case Law on the United Nations Convention on the International Sale of Goods (CISG), which allows easy access to case law from 74 countries. “Creating a system by which these tribunals can know how the treaty is being interpreted was a real stroke of brilliance,” says Harry Flechtner of the University of Pittsburgh School of Law.

Ferrari is also known for his somewhat controversial view on forum shopping—seeking the jurisdiction that is most favorable to one’s clients—a topic on which he will offer a seminar in Spring 2011.

Though he believes in the CISG’s goal of uniformity, as a practitioner he advocates taking full advantage of the divergences that still exist. “I’m a realist and a positivist,” says Ferrari. “We have not yet reached the level of unification one wanted to achieve with this convention. As long as this is the case, you have to do everything possible to advance your client’s interest.” He lays out those views in “‘Forum Shopping’ Despite International Uniform Contract Law Conventions,” published in the prestigious International & Comparative Law Quarterly in 2002. Ferrari is currently writing on European conflict of laws and, of course, the CISG.

A middle child raised in Bavaria by a single Italian mother—“Italians are known for not being that strict, but you should tell that to my mother,” he jokes—he developed a rather German work ethic. “He’s always in the office,” says Gillette. “He’s a workaholic in six different languages.”

Ferrari earned his J.D. in 1990 from Bologna University and two years later received his LL.M. from the University of Augsburg Law School. In 1995, he accepted a research professorship at Tilburg University in the Netherlands, which allowed him to take on visiting professorships at 15 law schools around the world. He returned to his alma mater, Bologna University School of Law, where he taught as a tenured professor from 1998 to 2002.

From 2000 to 2002, Ferrari served as a legal officer at the U.N.’s International Trade Law Branch in Vienna. In 2005, he visited NYU for the first time as a Hauser Global Visiting Professor; he has wanted to return ever since. “The collegiality I’ve encountered here, I have not encountered at any other school,” he says.

Ferrari, who is divorced with no children, never tires of exploring Manhattan. During his 2005 stay, he ate at a different restaurant every day and walked the streets exhaustively, taking photos that he turned into a beautiful coffee-table book for his fellow professors. Says Ferrari, “That was my way to show my love of this city, and to thank my colleagues.”