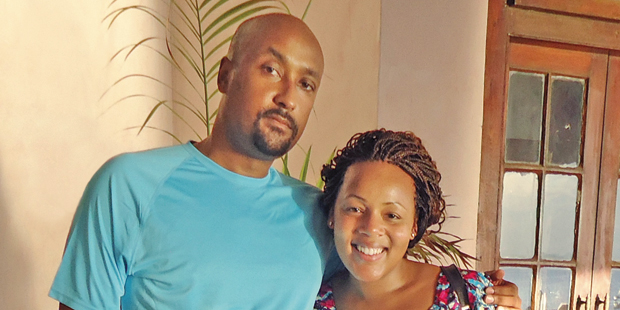 Boots on the Ground

Three years after South Sudan became an independent state, the country still faces serious internal conflict. More than one million people have been internally displaced, and 400,000 have fled to neighboring countries. Elizabeth Ashamu Deng ’11, a South Sudan researcher with Amnesty International, and David Deng ’10, research director for the South Sudan Law Society, have reported extensively on the grave situation. David has been based in Southern Sudan since 2010, and Elizabeth followed one year later. They married in 2012 and now live in Nairobi, Kenya.

“Although South Sudan’s independence was widely celebrated, the new country already faced a range of problems,” said Elizabeth in a Q&A published by Amnesty International in July. She explained that these problems included unorganized armed forces that were fractured by soldiers’ allegiances to former militia leaders and a weak justice system that did not hold accountable the people responsible for human rights abuses.

The Dengs have co-authored a couple of opinion pieces in African media. In a January 2014 commentary in African Arguments, the Dengs proposed the creation of a court to ensure justice after the mass killings that took place in the country in December. “Until South Sudan’s leaders are made accountable to the people they serve and punished for the wrongs they commit,” they wrote, “the country will continue to experience violence…and the dream of a peaceful and prosperous nation will never be realized.”