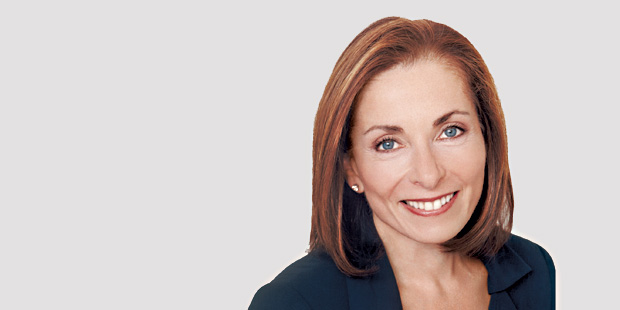 When dreams of being a trial attorney collided with the realities of family, Sara Moss found a new career path.

Forty floors above Central Park, just a couple of doors away from the corner office where the legendary Estée Lauder ruled her cosmetics empire, Sara Moss ’74 runs the legal activities of the global powerhouse. Moss laughingly says her son has dubbed her job “glerious,” as in half glamorous, half serious. “It’s much heavier on the serious side,” she admits—and this year’s recipient of the New York University Law Women Alumna of the Year Award is not kidding.

Cosmetics are glamorous, of course, but Moss’s portfolio at the Estée Lauder Companies consists of all the responsibilities that go along with advising a $24 billion company that sells its products in more than 150 countries: drafting public filings, developing corporate governance best practices, overseeing a staff of 32 lawyers, and handling everything from trademark, patent, and licensing issues to lawsuits charging antitrust violations and animal cruelty. Serious stuff, by any measure. “What keeps me up at night are global regulations issues,” Moss says, sitting in her stylishly appointed office graced with a tall orchid. Nothing is uniform across borders, she explains; what works in one country does not necessarily apply in another.

Despite the challenges, she feels blessed. She did not intend to go into corporate law, but she’s happy where she has ended up. “I wanted to be that lawyer running up the courthouse steps,” Moss says. But as she pointed out to the audience when she accepted her award in February, sometimes ending up somewhere you hadn’t planned can turn out to be a good thing.

“The best advice I can give you,” she told the organization’s members, “is to support each other, take risks, and follow your heart. Find passion in your work, make time for the people you love, and have some fun along the way.”

This advice has worked well for Moss. Seizing opportunities has led to a career path as twisty as a mascara wand. Moss didn’t start her professional life as a lawyer; she taught history in a high school in New Haven, Connecticut. After graduating from NYU School of Law, she clerked for Judge Constance Baker Motley of the U.S. District Court for the Southern District of New York, whose illustrious career as a lawyer, New York state senator, Manhattan borough president, and judge was devoted to civil rights and women’s rights. “It was probably the best career decision I ever made,” she said.

Over the next two decades, she bounced between public and private litigation, working as an associate for Davis Polk & Wardwell and as an assistant United States attorney in the Southern District of New York, and even helping to start a white collar and corporate defense firm, Howard, Smith & Levin. But in 1996 another opportunity presented itself and Moss seized it: an offer to serve as general counsel for Pitney Bowes. Moss stepped off the partnership ladder once again.

The job had its advantages, including better hours so that she could spend more time with her four young children. But her new employer, located in Stamford, Connecticut, was also nearly 40 miles from Manhattan. On the day of the terrorist attacks in 2001, she couldn’t get back to her children, who were working or in school in the city. The moment drove Moss to make yet another career U-turn: to find a job closer to home (she told her bosses she would stick around until a replacement, whom she helped find, was hired). “It was not so rational,” she says. “But after 9/11, I made the decision to never be that far away while I had children who were still at home.”

Moss’s friend of 35 years, Ruth Hochberger, former editor-in-chief of the New York Law Journal and now a professor of legal journalism at the CUNY Graduate School of Journalism, calls her devotion to her children extraordinary. Indeed, photos of her four children—now adults—line her office shelves. “She is always there for her children, finding a balance in a way that a lot of successful women find very difficult to do,” says Hochberger. “She’s very disciplined at setting aside time for them.”

Finding the ideal job close to home, however, took longer than she expected. She flirted with the possibility of joining Court TV or a public interest group, but in September 2003 she began the job at Estée as general counsel. The job, so far, has been the perfect fit, letting her exercise her legal muscles but allowing her the flexibility to spend time with her family.

That’s not to say she doesn’t miss the courtroom. Litigation, Moss confesses, still gets her adrenaline pumping. “I’m a litigator in remission,” she says with a laugh. “I have to strap myself into my seat to not jump up when the company is involved in litigation.”