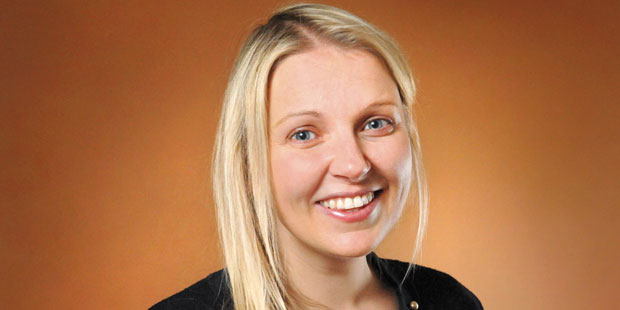 Human dignity holds a central place in human rights law, yet the concept itself resists concrete definition, complicating efforts to protect it. This state of affairs troubles Emily Kidd White LLM ’09, JSD ’15, who uses the philosophy of emotion to critically appraise legal theory and practice on rights.

White’s dissertation will show how particular emotions, such as contempt, disgust, pity, or empathy, play an important role in evaluative judgment. A better understanding of the role of emotion, says White, will illuminate how human dignity is invoked in the adjudication of rights claims as well as how it relates to the procedural and evidentiary laws governing their adjudication. Her work has won her a three-year, $180,000 Trudeau Foundation Scholarship.

“Emily brings important insights from the philosophy of the emotions to understand the significance of appeals to dignity in human rights cases,” said University Professor Jeremy Waldron, White’s doctoral supervisor. “She has been able to show how important the emotional dimension is for a full-blooded understanding of what matters in certain kinds of legal argument.”

In legal theory, emotions are typically seen as having a negative effect on legal reasoning, says White. But she plans to show “how the concept of human dignity helps rights claimants expose the injustice of a legislative scheme or government act through the admission of evidence detailing suffering, humiliation, and degradation.”