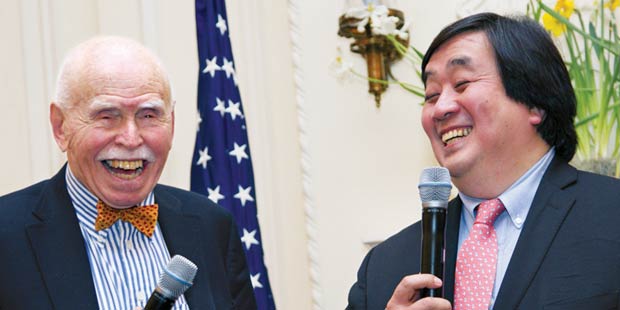 The Bernstein China Symposium, hosted last April at NYU Law by the US-Asia Law Institute and Human Rights in China, culminated in a closing keynote by Harold Koh, Sterling Professor of International Law at Yale Law School, a dean emeritus of that school, and the State Department’s former legal adviser. Koh focused on his latter role in his talk, which was the first time he had ever told the whole story of what he called “the Chen Guangcheng incident” (which also involved Professor Jerome Cohen).

The example of US efforts on behalf of Chen Guangcheng, the blind, self-taught Chinese civil rights lawyer who sparked international attention—and tension—when he escaped from house arrest and sought refuge within the US embassy in Beijing in April 2012, offers “broader lessons for human rights advocacy and what it illustrates about smart power in action,” said Koh.

“It’s an example of smart power, engagement,” he said. “We engage with the Chinese government. Translation—adapting law to a modern reality and then leveraging it as a tool of smart power. That seems to be a broad approach that works, and I think it should be how this case is remembered.”

Koh will be a distinguished scholar in residence at NYU Law during the 2014-15 academic year.