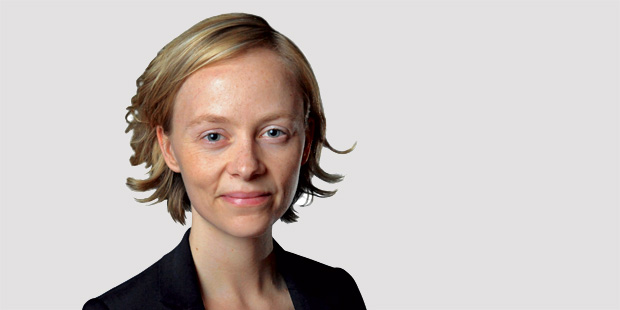 With more than 2.3 million people locked up, the U.S. incarcerates more of its population than any other country in the world. But when judges and juries sentence people to prison, Lisa Kerr (LL.M. ’09, J.S.D. ’13) wonders what their expectations are for what will occur during their time there. “We see in our cultural language that we think certain things are included in going to prison,” she says. “We joke about prison rape. We imagine solitary confinement. At other times we criticize ‘country club prisons.’ We have these ideas that prisons are awful, or sometimes they’re too good.”

Last spring, Kerr won a 2012 Trudeau Foundation Scholarship, the most prestigious doctoral award in Canada, which will fund $60,000 per year for three years of scholarship. In her doctoral research, Kerr is rethinking current approaches to incarceration and justice, focusing on how much control courts and legislatures actually exert over post-conviction punishment. “What I ask is, How does the legal system imagine the prison; what does the judge consigning an individual to prison expect in terms of the actual administration of the sanction? And what legal concepts and techniques work to control the actual quality of the sanction?” Kerr says.

The field of sentencing and punishment theory asks when punishment is justified, but the actual nature and features of imprisonment remain largely unexamined. “In those exchanges, few theorists debate what kinds or modes of imprisonment are legitimate,” she says. “They use a notion of ‘hard treatment’ as a placeholder concept; they tend not to unpack and define. But if you want to ask if something is legitimate, you need to know what that something is or ever could be. To ask about the legitimacy of imprisonment, we must ask about the capacity and limitations of actual prison systems.”

Kerr’s doctoral research proposal grew out of her experience as a staff lawyer at Prisoners’ Legal Services in Vancouver, where she pursued human rights litigation on behalf of prisoners such as transgender inmates with medical needs, aboriginal people who wanted to practice their spirituality, and mentally ill inmates whose illness-driven behavior led to frequent disciplinary sanctions. After graduating from the University of British Columbia Faculty of Law, Kerr clerked at the British Columbia Court of Appeal before practicing as a litigation associate at the firm Fasken Martineau. In addition to her other activities, Kerr is working with the British Columbia Civil Liberties Association on constitutional litigation related to the use of solitary confinement in Canadian prisons and with Pivot Legal Society to decriminalize sex work; a case on the latter issue is currently pending before the Supreme Court of Canada. She is also a doctoral fellow of the Social Sciences and Humanities Research Council of Canada.

While earning her LL.M. at NYU Law, Kerr worked as a research assistant to David Garland, Arthur T. Vanderbilt Professor of Law, on Peculiar Institution: America’s Death Penalty in an Age of Abolition, his prize-winning book. “Lisa Kerr is an outstanding young academic whose talents, experience, and research project make her perfectly suited to be a Trudeau Scholar,” says Garland, who is also Kerr’s doctoral supervisor. “The subject of her dissertation—the legal regulation of life inside prisons—is now an urgent problem, given the growth in prison populations and the deteriorating conditions of confinement in a post-rehabilitative era. Lisa is on her way to producing a dissertation of the first importance that will bridge the gap between the academic and the practitioner worlds and open up the possibility of serious reform in this important area.”