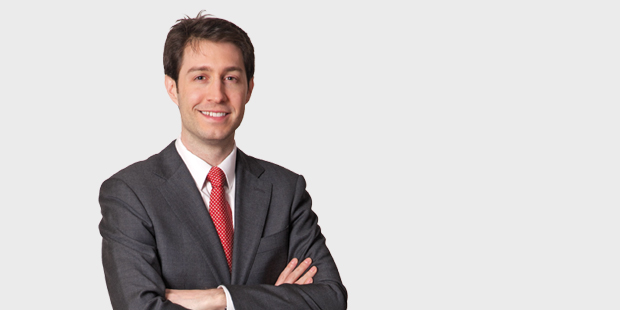 When Emiliano Marambio Catan takes a vacation from his research, there’s no poolside lounging for him. He prefers scuba diving.

“When you get the balance between your belt weight and your buoyancy control device just right, you don’t tend to sink or to rise,” he says. “That’s an amazing feeling; you feel like you are flying.”

He has soared through academia as well. Catan, 34, earned a PhD in economics and a law degree from NYU, where he specialized in corporate law, mergers and acquisitions, and corporate governance.

Catan is known for innovative scholarship backed by solid empirical research. In “The Irrelevance of Active Poison Pills,” which he presented at the 2014 American Law and Economics Association annual meeting, he examined how the adoption of a poison pill—a defense tactic against unwanted takeovers—affects corporations. Several studies have found that having a pill in place is negatively correlated with firm value, Catan says, and during the last decade institutional investors have pressured firms into dropping their active pills.

The commonly accepted theory was that adopting the pill was not in the shareholders’ interest, and that is why those firms would have lower value. Catan claims, however, that other factors may render any correlation meaningless. “It may be the case that firms adopt the poison pill because the directors perceive the shares as being mispriced,” he says, which would confound any attempt to infer how the presence of a pill affects firm value or operating performance. “This begs the question of whether the anti-pill crusade of the past decade was actually warranted.”

Catan is also writing “The Significance of State Anti-Takeover Statutes: A Law and Finance Perspective” with Marcel Kahan, George T. Lowy Professor of Law. “Catan is a very careful, sophisticated empirical scholar who has a detailed understanding of legal doctrine,” Kahan says. “His approach is to employ his knowledge of the law and of empirical methodology. Very few other scholars share this combination.”

Catan plans to teach Corporations this fall, and he’ll be co-convening the Law and Economics Colloquium with Jennifer Arlen ’86, Norma Z. Paige Professor of Law. At some point, he’d like to teach courses on mergers and acquisitions, and shareholder activism.

Earning his JD in 2003 from Universidad Torcuato Di Tella in Buenos Aires, Catan received the gold medal for achieving the highest GPA in his class.

The son of an engineer and a kinesiologist, Catan was born in Buenos Aires in 1980. He has younger twin brothers, one an accountant and the other an engineer, and is married to Cecilia Parlatore Siritto, who also received a PhD in economics from NYU. She was an assistant professor of finance at the Wharton School of the University of Pennsylvania and has recently joined the faculty of NYU Stern.

As the couple prepared for their return to New York, Catan reflected on their good fortune: “I couldn’t ask for a better fit than NYU,” he says. “I’m honored to be a member of this faculty and feel especially lucky that others are interested in analyzing legal institutions from an economic perspective.”

Besides anticipating his new job, Catan is also looking forward to reuniting with another passion: the restaurants of New York. “I’m looking forward to a nice bowl of khao soi from Pok Pok in Brooklyn. You wouldn’t know it to look at me, but I love food,” he says with a laugh.