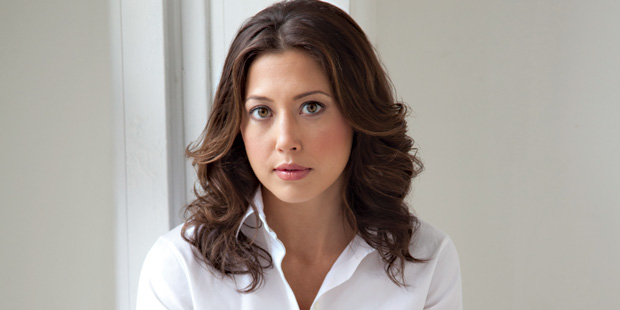 From 1L Lawyering, Learning How to Write

Cristina Alger ’07 admits that before she graduated from college, she had little grounding in finance other than balancing her checkbook. Her father, David Alger, was the head of Fred Alger Management—Fred was his brother—and an investing wizard who achieved great success as a mutual fund manager. After his tragic death in the World Trade Center on 9/11, Cristina felt she needed to learn the ins and outs of her father’s business in case she were ever called upon to help sustain it. “That radically shifted my sense of what I should be doing with my life,” she says.

With an English degree from Harvard, Alger entered the two-year investment-banking program at Goldman Sachs. Business school was the traditional next step, but banking had been such a culture shock to her that she instead decided on NYU Law. “Law school seemed like the liberal arts major’s alternative,” she says.

But shortly after Alger became an associate for Wilmer Cutler Pickering Hale and Dorr in 2007, the global economy cascaded into full crisis and she felt its effects in her proximity. The firm transferred her from its corporate group to bankruptcy, and around her there were layoffs and hiring and salary freezes. She found a refuge in writing. Mining material from the collapse around her and her personal insight into families in the money management business, Alger began work on The Darlings, her debut novel, which was published this year.

Set contemporaneously, the book tells the story of the Darling family, a wealthy New York City clan that exists in the rarefied air of Manhattan’s Upper East Side where, even during the financial crisis, charity balls, private schools, and billion-dollar real estate deals are the order of the day. The gilded cocoon crashes down around them over Thanksgiving weekend 2008, when patriarch Carter Darling finds himself, and his family, about to lose everything in the wake of a massive Bernard Madoff–like financial scandal.

“There was a lot of nonfiction that came out relatively quickly, that I thought was wonderfully written but fell short of getting into the kind of human backstory behind what was going on,” she says of other books analyzing the Madoff scandal. “I was more curious about the families and how it affected them.”

Alger’s professional background may have provided the knowledge necessary to write a dramatic thriller set against the complex world of banking transactions and SEC investigations, but it was her first-year Lawyering course that taught her how to put words on the page.

The first paper she submitted to her professor, Doni Gewirtzman, came back covered in red and with a B-minus. Alger was shocked. Gewirtzman guessed that she had been an English major in college. Alger recollects, “He said to me, ‘Ugh, you English majors put so many adjectives in front of everything.’”

Alger says making the switch from descriptive to economical writing was painful at first but essential to her work as a writer, which since 2010 has become her full-time career. “I learned in that class how to streamline my thoughts and not default to language that’s just pretty,” she says. “My mom still tells me, ‘You would never have been able to be a novelist if you hadn’t gone to law school, where you learned how to write.’”