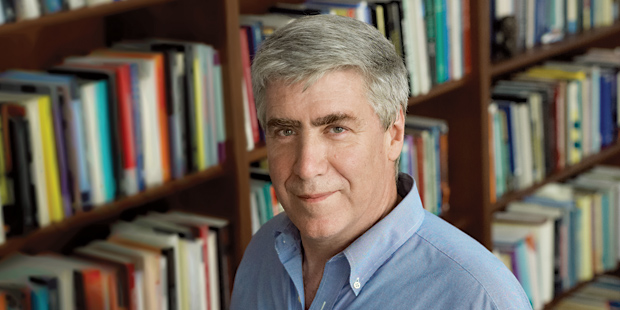 A review of your titles from the last several years suggests you have an insatiable curiosity. Is there a topic you would never write about?

Transactions. Hang on—there is a bit about transactional law in “Partly Laws Common to All Mankind”: Foreign Law in American Courts. But the impression that I write about lots and lots is a bit misleading. I work through the central agenda of a couple of major areas: legal philosophy and the theory of politics, including historical and modern normative political theory. I maintain my interest in every aspect of these disciplines, rather than cutting things off in order to specialize. So one week it is Aristotle, another week it is ethical positivism, and a third week it is the separation of powers. It’s narrower than it seems.

Which ideas from your recent works have prompted the most disagreement?

The Harm in Hate Speech has excited the most disagreement. Actually, it is more denunciation. An anti-Semitic website described the book as a Jewish attempt to cut off our tongues! But there has been good-faith and good-natured disagreement as well from people I greatly respect. I have debated the book with Robert Post, dean of Yale Law School; Professor James Weinstein at Arizona State; and—most important for me—my dear friend and colleague Ronald Dworkin, just recently passed away.

What topics do you hope to explore next?

I’m continuing to write about human dignity, and I lectured last April at UCLA on the topic “What Do Philosophers Have Against Human Dignity?” (See also “Emotional Decisions”) I also want to devote some time to developing and elaborating some of Ronald Dworkin’s latest jurisprudential work, a way of carrying a torch forward after the wonderful start he gave us in resetting and reevaluating analytic legal philosophy. Finally, I have a little volume of essays on institutional political theory—I call it “political political theory”—in the works. There are essays on topics such as separation of powers, representation, loyal opposition, and judicial review.

How often do your own conclusions surprise you?

More and more. Especially when you are engaging with others and responding to their suggestions and criticisms, you find yourself taking your work into places you didn’t expect. Is it possible to say that a person can sometimes be surprised by their own moderation? That’s often the effect of the back-and-forth that scholarly debate embodies. But then there are times when one is surprised by one’s absolutism. I hadn’t expected to end up defending an absolutist position on torture when I began writing what became Torture, Terror, and Trade-offs: Philosophy for the White House 10 years ago, but it was a good place to end up.