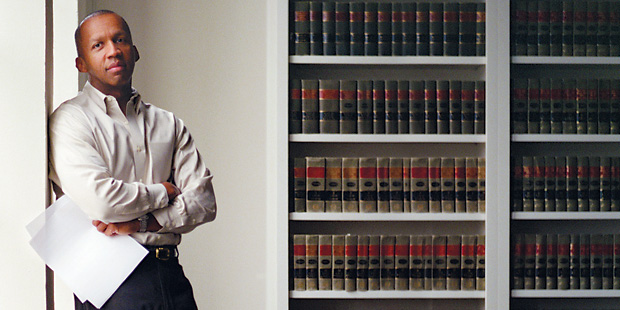 An Equal Justice Initiative report, “Illegal Racial Discrimination in Jury Selection: A Continuing Legacy,” sparked debate in June about the use of peremptory strikes to remove jurors because of their race, a practice that was outlawed in 1986 by the Supreme Court in Batson v. Kentucky.

An EJI team including a dozen NYU School of Law alumni reviewed hundreds of court documents and interviewed more than 100 African Americans who had been excluded from juries in eight Southern states. They found that prosecutors have used their peremptory strikes to exclude jurors for “low intelligence,” seeming “arrogant,” and walking a certain way. “The underrepresentation and exclusion of people of color from juries has seriously undermined the credibility and reliability of the criminal justice system, and there is an urgent need to end this practice,” said EJI Executive Director and NYU Professor of Clinical Law Bryan Stevenson in the report’s summary.

A June 4 New York Times editorial said the EJI report illuminated “the grim truth” of a prediction Justice Thurgood Marshall made in Batson that prosecutors would simply invent race neutral reasons to comply with the law. CNN, NPR, and the American Prospect also covered the EJI study.

Stevenson saw his views on another issue prevail in May when the Supreme Court prohibited sentences of life without parole for juveniles in non-homicide cases. The decision in Graham v. Florida also resolved the companion case, Sullivan v. Florida, which Stevenson argued.