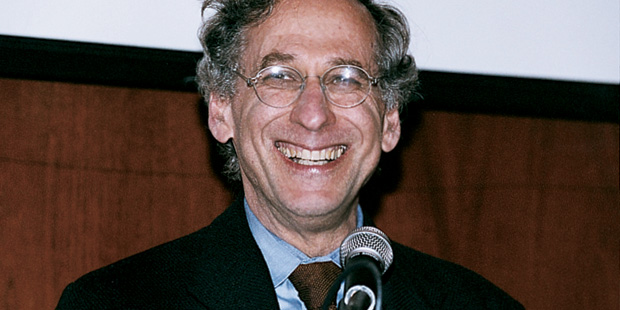 Gillers Steps Down as Vice Dean After Five Years

After five years of tireless dedication, Vice Dean Stephen Gillers (’68) stepped down from his post at the end of the 2003-04 academic year to return, as planned, to full-time teaching and research as the Emily Kempin Professor of Law.

In paying tribute to Gillers, Dean Richard Revesz said the vice dean “brought to his position a terrific determination to work with faculty, administrators and students to resolve academic and personal problems. Steve is a great leader and colleague, and I cannot imagine how I would have been able to manage my transition to the deanship without his guiding hand.”

The vice dean oversees the academic program at the Law School—determining the courses for the upcoming year, negotiating the teaching schedule with an extensive faculty, and filling in holes in the curriculum when faculty are on sabbatical. In addition to those gargantuan tasks, he plays a large role in advising students.

Oscar Chase, Russell D. Niles Professor of Law and co-director of the Institute of Judicial Administration, who served a term as vice dean before Gillers, listed his successor’s achievements: reducing the size of first-year classes, modernizing the first-year curriculum, and implementing a block schedule. “He played an extremely important role after September 11, 2001, holding the community together when everyone was paralyzed with shock and sorrow,” Chase said. “Steve really stepped up to the plate during those difficult days, weeks, and months.” Throughout his tenure, Gillers maintained a role as a public commentator on the important ethical issues of the day, while continuing to be an outstanding professor, scholar, and colleague.

Gillers said he was continually helped by his talented staff, whom he thanked for their dedication. “This is a nice place to be,” he said. “Much of what [former dean, now NYU president] John Sexton meant when he talked about community is this idea that despite the occasional slip, the place is full of good people who set an example for its students by being respectful. Community not only defines what we have, but what we are constantly trying to build—what we aspire to.”

Dean Revesz announced that two of the Law School’s most distinguished faculty would replace Gillers. Barry Adler, the Charles Seligson Professor of Law, will focus on information systems and technology, the law library, matters relating to student discipline, class scheduling, and any issues pertaining to the requirements of the American Bar Association, the New York Court of Appeals and the New York State Regents. Clayton Gillette, the Max E. Greenberg Professor of Contract Law, will assume responsibility for programs concerning the intellectual life of the Law School, relations with the University that affect Law School students and faculty, and guidance for some of the Law School’s publications.