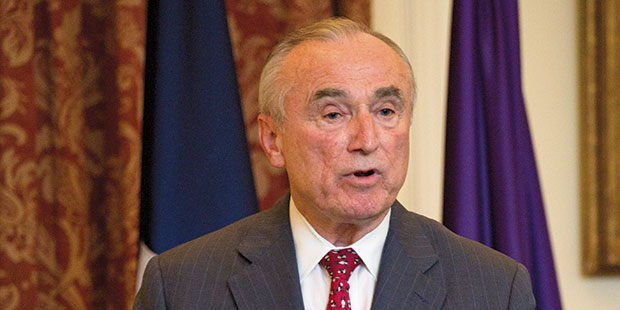 New York City Police Commissioner William Bratton, facing public outcry in the wake of citizens’ deaths at the hands of local police, gave his own perspective in November as part of the Center on the Administration of Criminal Law’s series on urban crime. He conceded that fear of police is an issue, particularly in minority communities: “In a city that has been made so much safer, how do we get back trust—if we ever had it?” Bratton also described changes in police practices such as curtailing the use of “stop-and-frisk” and reforming officer training. Bratton, who had served previously as commissioner in the mid-1990s, expressed confidence that the NYPD would improve relations with the community and keep crime rates low: “I wouldn’t have come back into this position if I was not an optimist.”