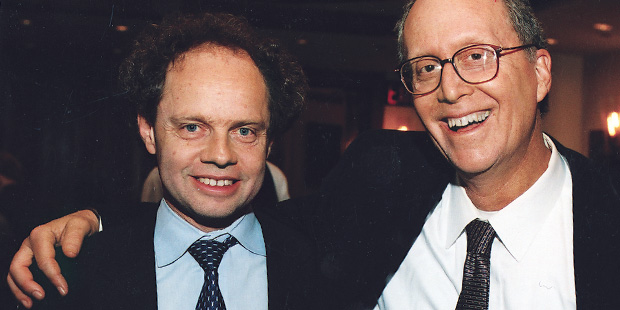 Chet and I met in September 1982 when I came to NYU from Cornell on a “look see” visit. We became friends almost immediately and shared our professional and personal lives for the next 20-plus years.

Chet was brilliant and charismatic. He overflowed with ideas. Politically, he was a “lefty,” but more iconoclast than ideologue. He liked being controversial and even relished conflict. However, he was warm and likable, even lovable. He was constantly in motion, usually talking with his hands, often excoriating some recent outrage, hypocrisy or irony.

When I signed on to NYU, agreeing to revitalize the criminal justice research center, the dean and several colleagues encouraged me to nominate a visiting criminologist to help launch our program. That’s how Mike McConville came to NYU and changed Chet’s life. Mike immediately recruited Chet to collaborate on a study of indigent criminal defense services in New York City. Their book-length empirical study, Criminal Defense of the Poor in New York City (1986), was highly critical of the NYC Legal Aid Society, one of the liberal establishment’s most sacred cows. The LAS leadership, board members and friends, even members of the Law School faculty railed against Chet and Mike—and sometimes me by association. The denunciations and criticisms energized Chet and Mike. They flourished in the controversy, meeting every criticism with more evidence. Their study is now regarded as a classic in the field.

Chet was an inspiring teacher with superb oral advocacy skills; he was fast, agile and articulate. With students, he was friendly, even avuncular. He organized the criminal procedure course around role-playing exercises. There was electricity in the air as students argued motions and presented evidence. We had many wonderful students including Malcolm Spector ’94 (a noted sociologist before attending law school), who later became one of Chet’s closest friends and a great source of support during Chet’s battle with cancer.

Chet helped me launch and sustain the monthly Fortunoff (now Hoffinger) Criminal Justice Colloquium. He attended every session, even though it meant he wouldn’t get home until after midnight. Sometimes he stayed the night at our home. I loved critiquing the colloquium with him over a late-night brandy.

Chet leaves an indelible imprint on the Law School. With Harry Subin, he was cofounder of the Law School’s first clinic. From that seed, the NYU clinics grew into the top clinical law program in the country. He also leaves behind some first-rate scholarship, including two books with Mike McConville, a federal criminal procedure book with Harry Subin and Mega-Mall on the Hudson with David Porter. Most important, Chet leaves his passion for justice and his strategies for criminal defense in the hearts and on the minds of hundreds of New York University School of Law graduates who will carry forth his ideals and pass them on to their students and protégés.