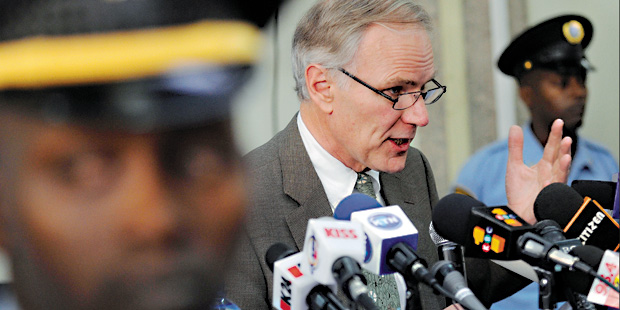 The co-chair of the Center for Human Rights and Global Justice ends a critically lauded term at the United Nations.

Professors rarely get the chance to make governments the world over snap to attention. Philip Alston, John Norton Pomeroy Professor of Law, is a notable and very public exception.

Since 2004, this eminent international law scholar has served as the U.N. special rapporteur on extrajudicial, summary, or arbitrary executions, a position that has allowed him to take more than a dozen governments to task for unlawfully killing citizens. As his tenure concludes, human rights advocates say Alston has approached his mandate with courage, forcefulness, and thoughtful legal analysis, leaving an indelible footprint. “His shoes will be difficult to fill,” says Peggy Hicks, global advocacy director of Human Rights Watch. “Lives have been saved because of his work.”

The Australia-born Alston has used his knowledge of how the United Nations works—he has served in several posts over the last 20 years—to streamline the international human rights monitoring process. And he has used his reputation as a prominent human rights lawyer—he drafted the U.N. Convention on the Rights of the Child—to develop a sound analytical process to assess the legality of government actions. “From the outset, he has been very specific in the ways he engages governments,” says Tania Baldwin-Pask, the international law adviser for Amnesty International in London. “He has provided a level of international legal analysis and a framework that we will be able to use for many years.”

This specificity is documented in more than a dozen extensive reports on issues from blood feuds in Albania to the persecution of witches in the Democratic Republic of the Congo. In addition, Alston conducted 14 fact-finding missions in countries such as Afghanistan, Israel, and Sri Lanka to investigate allegations of unlawful killings and human rights violations.

What set his work apart, however, is that he insisted, over and over, that the governments cough up specific answers to his tough questions. “He does not mince words and is so clear that governments can no longer sidestep what he’s saying,” says Baldwin-Pask. “He’s absolutely tenacious.” Alston would routinely visit countries multiple times, and evaluate and follow up on a government’s response. “In the past, there would be a simple exchange of correspondence,” says Alston. This aggressive approach got results. In 2008, for example, extrajudicial executions in the Philippines fell by two-thirds after Alston released a scathing 65-page report.

Alston has also ruffled feathers. In Sri Lanka, a government minister accused Alston of violating U.N. protocol after he authenticated video footage of Sri Lankan soldiers murdering naked and blindfolded Tamil prisoners. Secretary-General Ban Ki-moon distanced the U.N. from Alston by noting that the rapporteur operated independently. Alston publicized the video report anyway. “He does not kowtow to anyone, thank goodness,” says Baldwin-Pask.

For Alston, there are no exceptions. This spring he pressed the Obama administration repeatedly on its use of drone strikes against suspected terrorist targets in Pakistan, and in June he filed a report with the U.N. questioning whether the strikes complied with international rules of combat because an intelligence agency operated them, not the army.

Alston simply won’t be intimidated. In Kenya in February 2009, he didn’t pull punches even after authorities harassed many who helped him investigate police death squads and two prominent human rights defenders were assassinated just two months after he left the country. Instead, Alston cited both incidents in a 45-page report about how police arbitrarily killed 24 suspects while in custody. He also called for the resignation of the attorney general. “My report forced the issue onto the front pages, not just for days or weeks, but for months,” says Alston, who noted that the official was eventually reassigned. “The reports can be very powerful. Not because the Human Rights Council or the U.N. follows up on them; they don’t. But because civil society picks up on them.”

But sometimes even that is not enough. To conduct an official U.N.–sponsored factfinding mission, U.N. special rapporteurs must be invited to enter the country. China, Pakistan, Iran, India, and Saudi Arabia have all denied him access. “The worst offenders don’t issue an invitation,” Alston says. “That’s the system’s real weakness.”

After six years of interviewing eyewitnesses to crimes against humanity, Alston has developed a professional distance. “I don’t have emotional problems in dealing with these issues in the abstract,” he says bluntly. But sometimes the full weight of the horrors does emerge. “When someone walks in, shows me a picture of her son, and asks me to help her, it’s harrowing, hearing this destroyed mother and not being able to do anything,” he says, lost in the memory of a mother whose son was murdered in Soacha, a Bogotá suburb. The boy was one of the so-called falsos positivos (false positives)—young men lured to remote locations by soldiers, then killed and photographed to appear as if guerrillas had shot them. “I try to get justice for those that have been killed,” he says with eyes welling up. “But the truth is, I can do very little for specific individuals.”

Alston’s display of emotion seems to catch him off guard; even though he has had the rare opportunity to sling arrows that embarrass and hurt his targets, he knows calling the world’s attention to these crimes, however useful, won’t erase the pain of their victims.