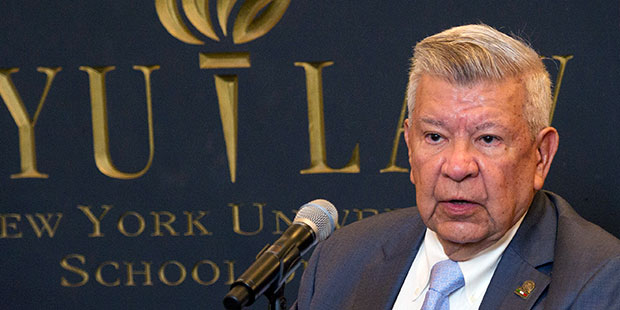 At the 2014 Herbert Rubin and Justice Rose Luttan Rubin International Law Symposium last November, Jorge Bustamante, former UN special rapporteur on the human rights of migrants, lamented the disjunction between the immigration dilemma, which by definition concerns two or more nations, and what he sees as Congress’s too-narrow thinking about it: “A unilateral decision is not going to be able to solve the problems associated with a bilateral phenomenon, not only because of the empirical evidence about the internationality of the phenomenon of immigration, but also the territoriality of the law.”