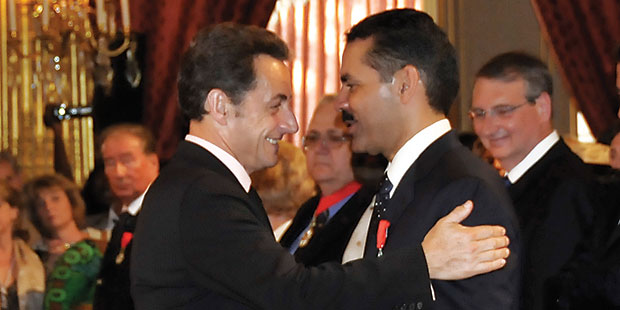 Professor of Law on Leave Ronald Noble has been admitted as a knight to the Légion d’Honneur in recognition of his service as the secretary general of the International Criminal Police Organization (INTERPOL). France’s highest decoration was presented by President Nicolas Sarkozy in a ceremony at the Élysée Palace in June. “I am honored to accept on behalf of the 500 officials at the INTERPOL General Secretariat, and the law enforcement professionals in each of our 186 member countries and National Central Bureaus,” said Noble. Sarkozy observed that INTERPOL makes a decisive contribution “in combating organized crime, money laundering, terrorism and in the fight against the sexual exploitation of children.” Earlier, Noble credited NYU: “The bulk of my 25 years of public service was possible thanks to the strong support that I have always received from the Law School, its dean, faculty, students and alums.”