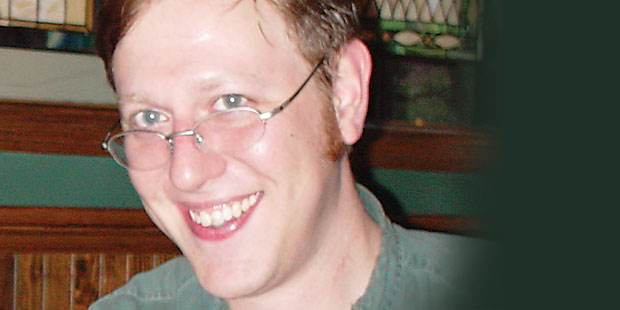 Last September, the NYU School of Law family suffered a tremendous loss when Christopher Black, a promising third-year student, died unexpectedly at the age of 30.

One of the top students in his class, Chris received a full dean’s scholarship to attend the Law School, and made his mark as a staff editor on the NYU Journal of Law and Liberty.

During a memorial service for him at NYU, Visiting Professor Ehud Kamar, who taught Chris in Corporations, remarked, “Chris was one of those people you immediately notice and immediately remember.” There was a certain ease to his academic skill, Kamar noted, and an innate confidence in his questions and answers.

Professor Jack Slain recalled Chris’s grinning face from the upper right-hand row of the classroom where he taught Survey of Securities Regulation. Chris, he said, was always ready to make his point.

Chris graduated from Bard College, from which he received a B.A. in history, and was a corecipient of the Marc Block Prize for best senior project in the history department. Marilyn Bernard, a close friend from Bard, said that Chris wasn’t always serious: she cherishes the time they spent together watching Star Trek reruns or listening to Barry Manilow songs late at night. Chris even taught Bernard to do the Hustle at a party, early in their friendship. The memories will clearly fortify those directly impacted by Chris’s death. “Being around him made you want to smile,” she said. “Everyone felt brilliant around Chris.”