Tackling the Big Apple, One Bite at a Time

Okay, confession time. When I moved to New York City to attend the New York University School of Law, my preparation for city life consisted mostly of listening to the Glee cover of “Empire State of Mind” on repeat. Boy, was I in for a surprise! And thankfully, I’ve learned a lot since then. So, if you’re wondering or worried about adjusting to life in a big city, do read on.

Two groups can potentially use this information: (1) people who would like to attend NYU Law, but are daunted by the prospects of living in a city for the first time, or (2) people who’ve already decided to enroll in NYU Law (congrats!), but would like a head start on making a transition.

For what it’s worth, I was probably the furthest thing from being a city gal. Before coming to New York, I spent most of K-12 in a Texas suburb, where neighborhood sidewalks were mostly decorative and not having a car meant getting nowhere fast. Then for four years of undergrad, I was in western Massachusetts, where the “bubble” of college life extended as far as the local convenience store 15 minutes away, if you weren’t proactive about being adventurous.

City living can be fun, and to help you out, here are some principles to consider.

Plant a Seed, Then Branch Out

The first thing that I felt worried about was how BIG the city seemed to be. Big skyscrapers, crowds, subway lines–even big personalities. When I confided to a friend about this anxiety, he gave me an excellent piece of advice: start small.

“My sister wasn’t a city person either, judging by her personality and her lifestyle, but she’s very happy in the city,” he said. “She knows what places she likes to go. She has created her own city experience.” I took his advice to heart, starting first with exploring the Law School buildings and apartment (“laundry—12th floor, and it’s not D’Agostino Hall that has a tunnel, it’s Vanderbilt to Furman Hall…”) and then the surrounding city blocks (“grocery stores, hardware stores, pharmacies, and ooh, dog runs!”). This way of exploring gradually helped me balance my schoolwork while at the same time experiencing some degree of novelty every day.

People in the city all have their favorite haunts. To the extent that you have a contact at the school—and you should as part of the Office of Admissions email outreach program—feel free to ask that person his or her ideas of what’s fun to do. Even if they don’t live in the immediate Greenwich Village area, they can still give you good advice on what’s around in terms of interesting restaurants or activities.

Get Rid of Clutter, But Stock Up on Essentials

Because you’ll be spending a lot of your time walking around or taking the subway, chances are you won’t want to be lugging around giant packages of toilet paper through busy city streets, or, more appropriately at this time of year, through a huge blizzard. Stock up on soap, detergent, toilet paper, and whatever you deem essential in your life and would be a pain to replace at the last minute. This piece of advice applies to non-NYC living too, I suppose, but my point is that these problems can become magnified when you’re living in a place where you’re carrying most things around on your own person all the time.

At the same time, seek to get rid of clutter. Maybe you’re like me and have been lucky enough to know spacious dorm rooms or two-story homes. But living in that kind of space also doesn’t make apparent the negative effect clutter has on your life.

My apartment is hardly the epitome of a palace, and I’m putting that mildly. Lately I’ve been engaging in a purge of superfluous items, going through my closet and donating clothes, getting rid of books that I would never read or sell, and throwing out mysterious sauces in my pantry that I never use. Living in the city doesn’t mean you can’t have any space; it just means that you need to be more efficient with your space.

Taxis, Trains, and Buses, Oh My! 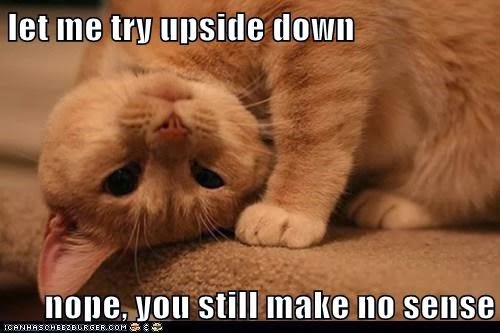 My reaction when I first looked at a subway map.

Like I alluded to in the earlier paragraphs, I am more comfortable taking a car or walking to places. The subway system here is just about the most convenient and cheapest way to get somewhere. It can, however, have its share of headaches if you’re not careful. Just a few tricks I’ve learned on the way:

I also take the opportunity to transform what could be a stressful or dull experience into a chance to do a few good deeds. Chances are, when you travel on the subway enough, you’ll see at least one of these during the year: someone whose MetroCard just won’t work, a person struggling with a heavy bag, an elderly person getting on a crowded train, and a rushed commuter who drops money.

Do the right thing, even if you’re in a hurry, and you just might have a happier commute to wherever you’re going.

Look Up More (Be the Occasional Tourist) My days at the dog park are spent mostly looking for these guys. Credit: CorgiKuriandFriends (etsy.com)

It’s easy to think that all you have to do to succeed in blending into New York is to walk really fast, have no facial expression, and exhibit hyper-tunnel vision. That’s one way of going about it. I’ve found that a balance is much more manageable and satisfying because the city will never cease to surprise you, as long as you let it.

Instead of turning off your senses, turn them on. Just because you’re moving to a new place doesn’t mean you have to adopt what seem to be the dominant mannerisms of the city. Just don’t get in my way when I’m out on the hunt for coffee (just kidding).

This entry was written by Tracy Huang '14 and posted on January 30, 2014.
The entry was filed under these categories: Extracurricular Activities, New York City, Off Hours Fun, Tips and Advice

Tracy is a 3L from Plano, Texas. She graduated from Amherst College with a B.A. in political science and economics, and is passionate about antitrust litigation and Moot Court Board. Other conversation starters with Tracy include Pembroke Welsh Corgi puppies, training in muay Thai kickboxing, and baseball. During her 1L and 2L year, Tracy interned at the U.S. Federal Trade Commission’s Northeast Region office and at a New York law firm, respectively.